You've made it! Welcome!

I'm so excited for you to check this game out!

Cantrip is a roleplaying game about witches who are coming of age while studying at a magical Academy. They will grapple with their place in the world at large, their emotions, their budding relationships, the expectations placed on them by everyone in their lives, the secrets held by the Academy, the weird and wonderful creatures that reside within it, and the constant scheming of their fellow witches.

This game takes inspiration from a lot of media involving the magical and supernatural coexisting and clashing with a mundane world. The most direct inspiration is Studio Trigger’s Little Witch Academia and you’ll find that the playbooks closely resemble many of the characters in that anime. Other sources of inspiration include Witch Hat Atelier, The Owl House, and Kiki’s Delivery Service. More tangentially, slice-of-life anime like Yuru-Camp and Non Non Biyori provide a lot of the tonal inspiration.

Cantrip is unabashedly queer and explicitly rejects the reactionary and unfun tropes that tend to show up in Magical Academy media and opts to tell a story that, while not free of conflict, is decidedly about girls living their best lives.

What will you find here?

In Cantrip you will play as one of the six archetypical witches you might  find at The Academy:

- the wonder-filled if magically uninclined Star-Struck

- the aristocratic and resourceful Posh

- the show-stopping and prank-loving Breaker

- the mystical and powerful Sybil

Throughout a session or a campaign of Cantrip your witches will come to terms with school life, city life, the semi-sentient Weave of magic witches draw their power from, the school’s authorities, their fellow students (including the comically powerful student council), the nearby townspeople and the many mythological and magical creatures that inhabit the world. The world of Cantrip is brought to life in Celeste Cruz’s (@caelstyx) striking, colorful art.

You can also see what the amazing Maddie from Dicebreaker had to say about it along with other cozy tabletop RPGs! (video hopefully correctly timestamped)

You can also watch Roll For Felicity play a wonderful Cantrip one-shot on their stream!

Cantrip is meant to be picked up and played very quickly, with no pre-game preparation needed. You will begin play by choosing and defining your playbook, and then working as a group to define the nature of the academy - what it's like, where it is, what wonders and dangers and weird little secrets it might contain.

Play progresses by turns and always gives you the option to skip the spotlight and simply make something cool up - another player can grab that thread and spin a fun scene out of it. Adversaries, helpful people, opportunities and obstacles are represented by Aspects anyone can pick up at any point. Witches are rad and powerful but they do need a little adversity to really shine and show off!

One of the coolest parts about Cantrip is that you're encouraged to be as engaged as you want to be. There's room - and mechanics - to support highly elaborate scenes as well as chill, short snippets. Whatever you're in the mood for when it's your turn is fine. It's your game and I tried to make that come through in the text.

I've got a really neat idea for this game!

I'll figure out an actual license for this but let me just say: you can and should make content for Cantrip. Make a new playbook! Make more aspects! Expand the rules! Tear it apart and show it to me! Just credit me when you do it, and let me know about it so I can play it too.

In order to download this game you must purchase it at or above the minimum price of $15 USD. You will get access to the following files:

Support this game at or above a special price point to receive something exclusive.

If you can't afford a copy right now, please help yourself to one of the free copies of the game! No questions asked. I didn't see anything.

This is me and my friend's first Belonging Outside Belonging game and we are currently having AN ABSOLUTE BLAST telling the witch high school story of our dreams. The amount of prompts in setup is so varied yet mixes so well together which gives us a good way to communicate to each other what kind of game we want to play.

Our game went from dorm room drama to discovering the dark secrets of the academy to worrying about grades and the game gives us enough tools to make us flow through all the fun story beats with ease.

This is wonderful to hear! Thank you for sharing with me. I'm so so thrilled you're enjoying this game so much <3

This game is so fun! I love the framework for setting scenes, and I think it's a really good introduction to the Belonging Outside Belonging system for anyone who hasn't played a game in this system before. The different playbooks of witches use tropes and archetypes without becoming tired cliches.

I also like that the book presents a plethora of topics for the players to explore and interact with, of various levels of seriousness. The Adult Witches in your game could have very silly traditions or could be perpetuating real-world systems of marginalization, all based on what the table is interested in exploring.

I also HAVE to mention that the artwork for this game is lovely. Overall a very fun time, and I look forward to playing this even more in the future!

So glad this is on itch finally! This is an amazing little game and it radiates quality all around. It is also a great introduction to BoB games and GMless ttrpgs in general. One of the best ways to spend an afternoon with your friends.

10/10 would cast a spell to shrink my cats and bring them to class in my backpack again.

A lovely GMless game, wholesome and cozy.
Creating your witch and interacting with others is a marvelous experience that I always want to do again.
If you're into gay witches, witchy animes/mangas, and school drama and don't like to be bossed around by GMs, this game is for you!

A wonderfully magical and fun game. I love the artwork and the nods to Little Witch Academia!

I made a video quick look:

This is such a wonderful video! Thank you so much Philippa <3 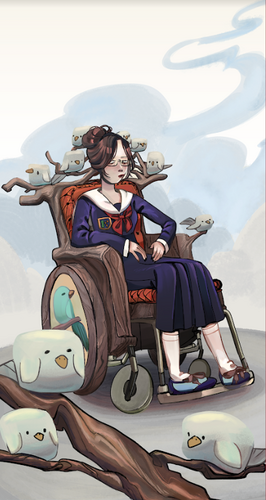 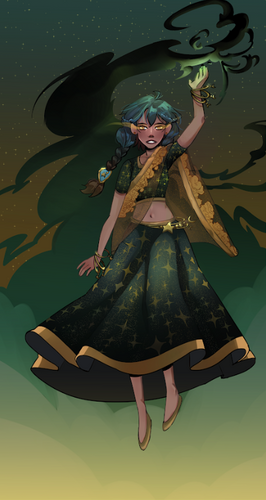 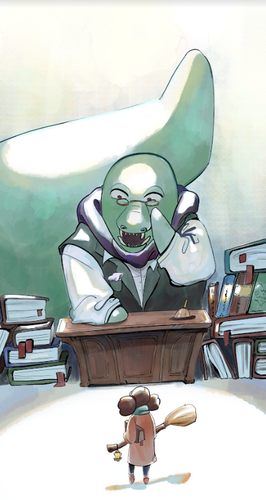 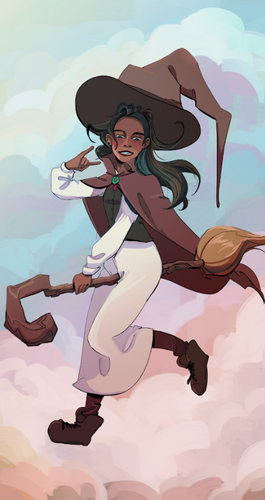 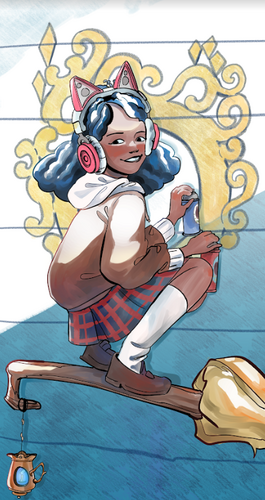